JANN KLOSE is an award-winning* pop singer-songwriter, who has released six albums and two EPs. Klose was raised in Kenya, South Africa, Germany and the United States. His two recent singles, "Love You the Most" and "Pilot Light", have accumulated over 5 million streams across all platforms. Love You the Most (part of the soundtrack to the Amazon film Married Young) even broke Top 40 radio in the United States, peaking at #49. Jann is an ambassador for Desmond Tutu's TutuDesk campaign and Brick by Brick Uganda.

Type yand Asia by agents (the name of FEMM's fans) including global influencers. As a result, their debut album "Femm-Isation" made it to the "Top 10" of the U.S. Billboard chart "World Albums". In the U.K., they were selected as one of the "6 Acts To Watch in 2016" by the Huffington Post and as the "Best Indies Album" by all HMV stores, opening up a new decade in the female rap scene both at home and abroad.

They are also well versed in internet culture, and were one of the first to start the revival that is now sweeping the world, releasing the Vapor Wave interpretation of "80's-90's J-Pop Revival". In 2020, they released "404 Not Found", a six-songs EP with the message of "a brand new sound that doesn't exist anywhere else (yet)". The band's
aggressive musicality, which is linked not only to their agents but also to the dark world view and the global trend known as "Hyper Pop," has garnered deep and sharp attention from both domestic and international media.

All Baker Grace wants to do is make a connection, and be someone that others can see themselves in. “I’m a small girl, maybe I can look delicate and fragile, but I want to get across that I can be powerful, strong, independent and confident at the same time,” says Grace. “I know what it’s like to be growing up as a young female in this society and how the amount of pressure and expectations that are put on us can make it really hard to find beauty in yourself.

The band’s manager, Stephane McGarry, was walking his dog one day when Alex’s mom (Group Project’s biggest fan) convinced him to give the band’s music a listen. Stephane’s daughter heard the songs playing in the background and told him that it’s what all the kids were listening to at school. Two years later, Group Project has partnered with Spectra Musique & Evenko. Together they’ve released singles Settle Down and Pretty House, building traction for more releases in 2022. 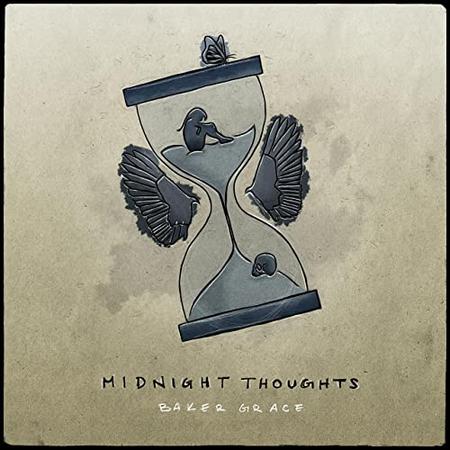 Type your pRap duo consisting of RiRi and LuLa, two mannequins with a will of their own.

Their signature song, "Fxxk Boyz Get Money," was a girl's anthem with a poignant
message that was supported by American teens and quickly spread to Europe, South America,

He is the singing voice of Tim Buckley in the movie "Greetings from Tim Buckley" (Universal). His songs have been heard on the Grammy® nominated "Healthy Food For Thought" compilation, charted in the Billboard Top 10 compilation "Action Moves People United" as well as MTV Cribs and movies "Dead Broke" (Warner Bros) featuring Paul Sorvino and “One Little Finger” alongside Quincy Jones, Siedah Garrett and Julian Lennon. He has performed as an actor and singer in touring companies of Broadway musicals, including "Jesus Christ Superstar," "Jekyll and Hyde," and "The Who's Tommy" as well as made for TV movies, voice overs and commercials.

Group Project is an alternative-pop
trio based in Montreal, Canada. The
band can trace its roots back to 2015
when Jeremy Harbec met Jacob
Brown to experiment with EDM & Pop
beats in Jeremy’s bedroom studio.
They began to release songs on
SoundCloud in 2016. Alex Remington
soon joined the picture, and Group
Project began recording its first few
songs. Vocals were recorded
creatively under blankets, and guitars
were recorded by hand-held
microphones since the trio did not
have mic-stands.